So the subject of “recommended” and “favorite” horror films comes up a lot (comes up a lot outside the genre and even the medium of film). I always struggle with this because there are so many wonderful movies out there, and ‘favorite’ is such a hard word. There are ones I like purely for their entertainment, some that I feel are shining examples of what film can do and be, and some that really depend on my mood. I thought I would put together a list of 15 favorite horror films. These are favorites, not the best. It’s also not a complete list because even editing down to 15 was a struggle for me. I hope you enjoy, and if you are looking for a horror movie to watch might like some of these. Also, let me know what some of your favorites are!

Possibly one of the best horror movies of all time. The movie digs into the feeling of cold, isolation, and distrust and takes you on a wild and dark ride. It does an excellent job with the idea of the fear coming in the form of people we can trust and the absolute insanity that would cause. It also has killer practical effects and an excellent score.

The best of the shark movies. This movie really captures the fear of not knowing what is in the water with you and the absolute helplessness of man vs. nature. Our main three characters are also insanely well-acted and compelling to boot, and the moments with them completely stuck out in the ocean with this killer shark are intense and horrifying. Although, as a lover of sharks, I would be remiss if I didn’t mention the negative side effects of movies like this, it’s not real folks!

The breakup horror movie for the ages. Really though, what I liked about Midsommar is that it played with a lot of conventions. It is in a bright setting, the horror is not overt in most cases but rather a subtle creeping and the questioning of sanity. It is basically a fairytale wearing a horror movie mask, and I adore that. It also has that slow burn “art house” horror feel.

A thoughtful, suspense heavy, slow burn horror film. Alien leans into the claustrophobia of their situation and plays with darkness and the sense of being hunted well. It also has some really ‘bam’ moments that make it a fan favorite.

Train to Busan is a shining movie in a subgenre that starts to feel a bit overdone at times (zombies). It has so many wonderful characters, some genuinely heartbreaking moments, and for American audiences sort of turns the zombie genre on its head. There is no mad rush to the gun store to fight back, this is Korea, and they are on a train. It is something I haven’t seen before and is perfectly done. Watch this movie, even if you think you are tired of zombies.

It is hard to pick just one classic Universal movie, there are so many great ones. For me, Frankenstein takes the cake, though. Largely based on the story and the excellent performance by the great Boris Karloff, also the entire movie is impeccably done. Now, if only that pesky “abnormal brain” scene was removed so that the movie was more in line with the message of the book (damn you production code), but even with that, The Monster still manages to be sympathetic. 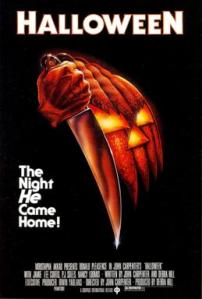 There is a reason this is considered part of the foundation of the slasher genre. It is not the first and debatably not the best (although I would probably pick its side in the debate), but damn is it an excellent movie. Great score, slow-burn epic, and Laurie Strode became an icon and part of the blueprint for all ‘final girls’ after her. It is also entertaining.

My love for 90s creature features is great. I love that many of them seem like part horror part action-adventure, and this falls right in. The Relic has a decent story, an unusual setting (a museum), and a good cast of characters. It is not the scariest movie, but it is an entertaining one.

Silence of the Lambs

“But is it really a horror movie?” It’s my blog and list, so yes? Setting aside my snark, this is a great movie. Jodie Foster and Anthony Hopkins give amazing performances, and Hopkins is just the quintessential movie serial killer (for better or for worse). The story is great, both killers are terrifying, and there are some truly suspenseful moments.

I hate to be this person, but I am… you either get why this movie has such a devoted fan following, or you don’t. It’s a good movie regardless, but a lot of people would take issue calling one of the best; unless you were the right type of person when it came out and spent a lot of time watching this (alone or with friends like you). It spoke to a lot of us in ways most other horror movies hadn’t to that point and still don’t. It is a solid flick, but primarily just holds a special place in my heart.

I love Psycho. Anthony Perkins gave such an exceptional performance, and Norman Bates is such a masterful character. There are bumps and hiccups that I think we downplay because of our love for this movie, but you know what… it deserves it. It is a brilliant mystery, well shot (I mean Hitchcock), and just fantastic. I also like that it dove in headfirst with the freedom now given in the post-code days.

Eyes without a Face

A wonderfully shot, creepy as all hell French horror film. This film has a lot happening; the mad scientist trope, psychological horror, the horror of isolation and rejection. It is nightmarishly beautiful but actually surprisingly hard for me to “talk” about. It is a fine example of both French and classic horror and should be experienced by more people. Dark and gorgeous, that’s all you need to know.

Tucker and Dale vs. Evil

The ultimate horror-comedy. This movie gives horror fans permission to laugh at the things we deep down find mildly amusing anyway. Aside from funny kills, it also has excellent jokes and one-liners, and Tucker and Dale are two fantastic characters. The movie dips a bit towards the end, but it’s a great ride and manages to bring it home.

Never have I been in such a quiet theater than the rest of the movie after the boy is killed at the start. This movie was great, it created such big stakes for sound that it made the audience so instinctively respond to everything that it’s a true edge of your seat ride. It is also genuinely heartwarming and breaking at the same time. Damn fine use of a loss of one of the things we as people rely on and movie in general.

An often forgotten (although thankfully that has been changing) 90s slasher movie… ish? Candyman does fall into many slasher tropes, but it also breaks the mold in many ways. Tony Todd is phenomenal, and as with so many of Clive Barker’s baddies oddly sexy while being terrifying? The movie has some amazing scenes, and it really breaks a lot of what we were used to for the times, again Clive Barker.