Recettear is one of those games that I bought, played a little, then threw on the back burner and forgot about for too long. I recently decided to revisit it and was so very happy that I did. It’s a cute little RPG where you play a girl who is forced to pay off her father’s debts or face being homeless. She does this by opening an item shop in a town where many adventurers pass through. Despite sounding like a super micromanaging type of game (which I do like those too), there is a lot more happening with Recettear than meets the eye.

As stated the story follows Recette a young and fairly irresponsible girl that has been abandoned by her father. A fairy named Tear shows up as an agent for a loan company that wants to collect on Recette’s father’s debt. Despite the company that she works for Tear has no desire to merely take Recette’s home and leave her with nothing; instead she comes up with the idea for them to open an item shop in the downstairs portion of the house. Thus Recettear Item Shop is opened. 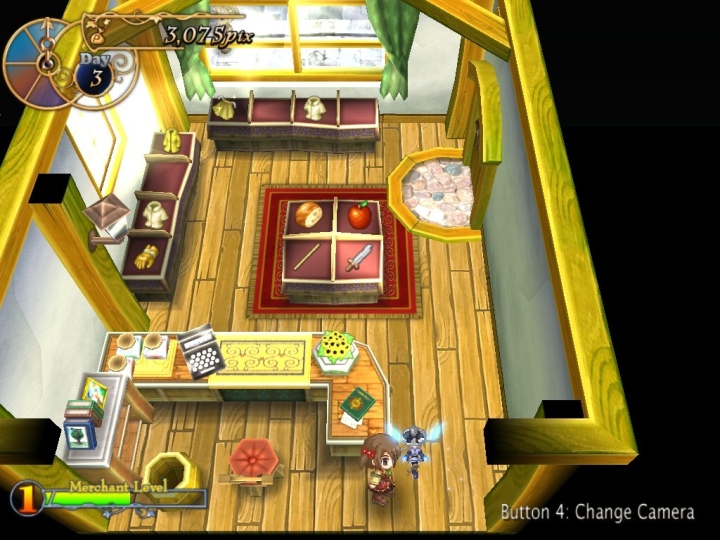 Through Recettear you must learn the ins and outs of running the shop. People come in, request items, and if you have what they want, you then have to barter with them to sell the item. Throughout the game you have to learn the customers and how much they are willing to pay over the base price. Not only that but selling low early will develop your relationship with the customer, and they will eventually start to pay more. Ask for too much and you will not only lose out on that sale but also lose reputation. Each successful sale nets you experience, the more satisfied the customer, the more experience. Maintaining a good stock is also a must. You can do so by buying items in the town (and hopefully selling them for more) and fusing items. Not only that but you can get items by going on adventures with people living in the town. You must meet various adventurers, make friends with them, then hire them to go into the dungeon. Doing so allows you to fight through the dungeon and you get to keep the items while the adventurer keeps the experience and money.

This balance of not only running the shop but going through dungeons manages to help the gameplay from being too tedious. While I tend to like this type of micromanaging simulator game, it can get a little boring simply being in the shop all the time. The need to get out and guide someone through a dungeon helps to break that up. 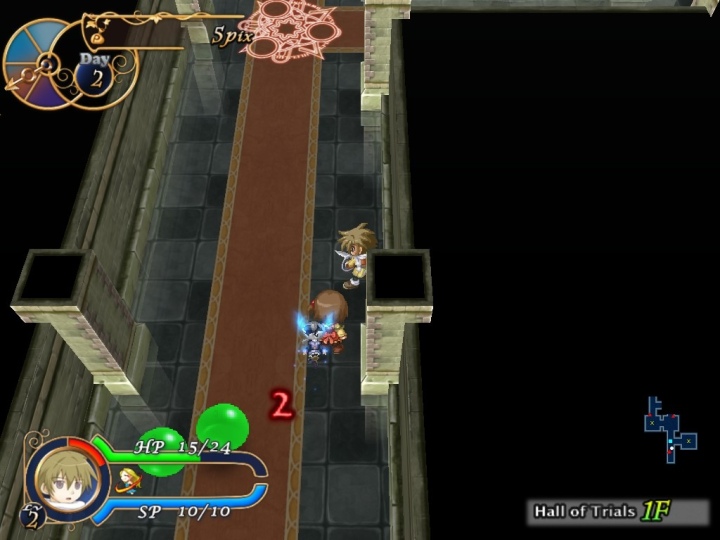 There is also a lot of stories to be found through the town. Each day is broken up into chunks, and you can find different pieces of story based on when you visit specific areas. The drawback, of course, being the more time you spend away from the shop, the less chance you have to make money.

Tear breaks Recette’s debt into 5 separate, weekly payments, but make no mistake while they start very small they grow in size quickly. Balancing time spent in the shop vs. finding story pieces and going through dungeons can be a challenge thanks to how much money you have to make in order to make the payments.

The truth is the challenge of the payments was one of my initial issues with the game until I learned to work with it. Beating the game in one go seems like a pretty impossible feat. I am sure that other gamers were able to do so, but between how high the payments become and the RNG of the game I was never able to. I felt discouraged by the fact that I could never make it beyond the third week and kept giving up. The thing is the game doesn’t exactly punish you for failing.

If you do fail to make a payment, you see a sad ending where Recette is forced out of her home, but then you get to keep playing. You don’t retain any money that you had, but you do retain your items. The end result is that not only is failing not the worst thing but it’s actually a good thing. Making a bunch of money in the first two weeks then spending it all to fail in the 3rd can actually help a lot because you carry over all the items. You have a much larger stock, and you didn’t spend to get it. Not only that but you retain your merchant rank. How high rank you are determines what items are available for you to buy to sell to others.

In the end, failing is helpful, and while it never feels great it does give you a chance to do better. I purposely failed many times to build my stock and eventually learned to see failing accidentally as being something I could overcome rather than feel punished by. 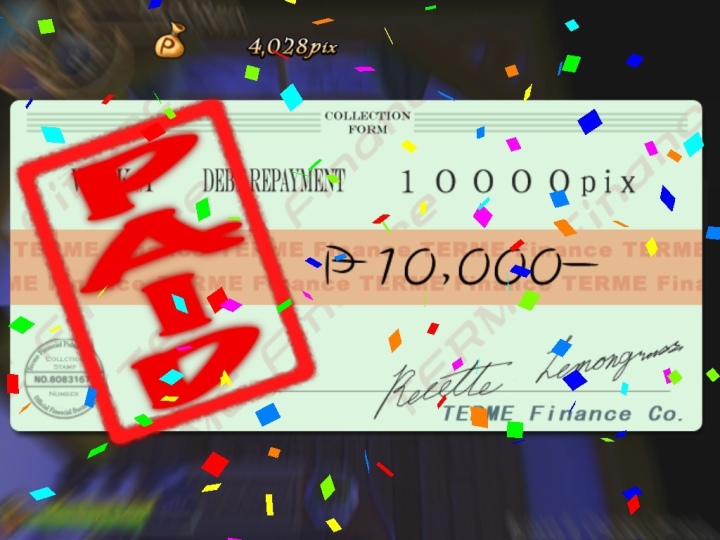 However, the bad part is you lose all backstory progress. You will reset with adventurers and customers. The only way to keep ranks with them is to beat the game and start new game plus. NG+, much like failing, lets you retain items and merchant level but gives you the benefit of retaining your levels with other characters which can help you unlock more story with them as you will advance with them much more quickly.

Beating the game also unlocks survival mode where you keep having debt week after week, and the goal is simply to survive as long as you can. Endless mode is also unlocked, where you just get to play the game and not worry about debt.

In the end, Recettear is a somewhat underrated computer game. The story is interesting (if not the most complex), there is a variety of characters some annoying some wonderful, and the gameplay is fun. It is very challenging, but as stated failing in the game is not the end of the world. Once you understand that you will fail several times and keep pushing through. Getting to the end is an enjoyable experience. I loved both Recette and Tear. I was interested in watching their relationship develop, and was happy with the end.

I also loved the gameplay. I found a lot of fun in learning the ins and outs of running the shop and when to buy, when to sell, and when to let both chances pass you by. I liked the dungeon gameplay and loved the little side stories. I can safely say that I have not experienced everything the game has to offer, not by a long shot, and that going into many ng+ has been worth it for me.

I missed this game when it was new. As it approaches being over a decade since it’s launch in Japan, I am sad that more people did not find this game, nor that we will likely never get a follow-up. It’s cute, it’s fun, and it’s well worth the play. Throughout my experience with it, it’s found more of a place in my heart, and I keep coming back to it despite thinking “well I’ve finished it I am done now.”

I highly recommend it for RPG fans and simulation fans.