So I first played Army of Two fairly soon after it’s release. I was in a relationship at the time, and like a few other games, we eventually played this because of one simple thing, couch co-op. In the days of couch co-op rapidly fading the likelihood that I would pick up and play a game solely for that feature was high, some of these games worked out for me, others did not. For a time I thought that Army of Two was a hit. Now that time has passed, and while the game might have nostalgia on its side, age is another thing altogether.

So I sat down to experience Army of Two for a second go around and… well, I have to say I wasn’t impressed. I want to address what now seems like a problematic plot (to what degree might vary based on the player) and then attempt to leave that part alone. Army of Two takes place over several years, first before 9/11 then after. It is important to note that this game kind of dug into post-9/11 feelings, and not always in the best way. The other issue is that the idea of privatizing our military looks a bit different in the wake of the wars following 9/11. Some may be for it, some against it, either way, the game feels a bit… off, for lack of a better word. It broaches a serious and real subject but does so with all the grace and subtly of the kool-aid man busting through your wall. It is not so troubling that I want to trash the game, but it needs to be acknowledged that perhaps it wasn’t the best course. 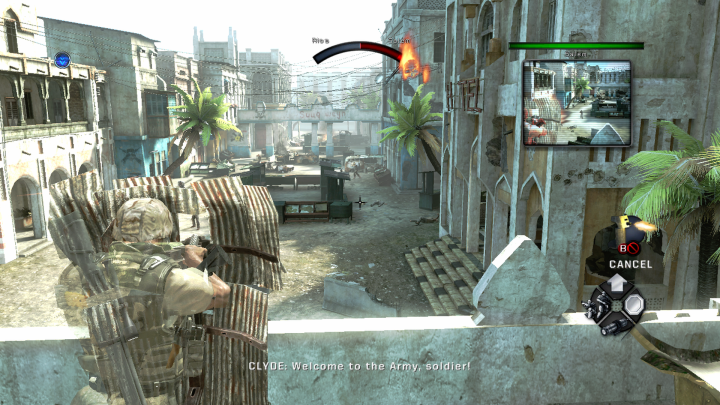 Moving on from there to the more significant part of the game, the gameplay. The game never meant to have a grand story with complex characters. Everybody is fairly straightforward in what you expect them to be, there are few surprises because the game is meant to be about the experience of playing it. I remember enjoying the idea of a game built for co-op and even enjoying actually playing it.

Time has passed, I sat down again, and woof. This game is not very good. The shooting is clunky, and the entire game controls slowly. The cover system is meant to be a key feature, and the issue is, it doesn’t exist. While at the time we might not have known better we gamers know now that having a crouch button that you are supposed to use by cover is not in fact cover. What is more frustrating is that the enemies seem to have a legitimate cover system so why don’t we? The weapons are limited, and their range makes little sense, with little degradation of efficiency. For instance, in some games, a close-range weapon will slowly get less effective the more space you put between yourself and enemies. Army of Two doesn’t do that, a gun either works or it doesn’t. Have fun finding and replicating that sweet spot especially as you attempt to grind out kills with each weapon type. 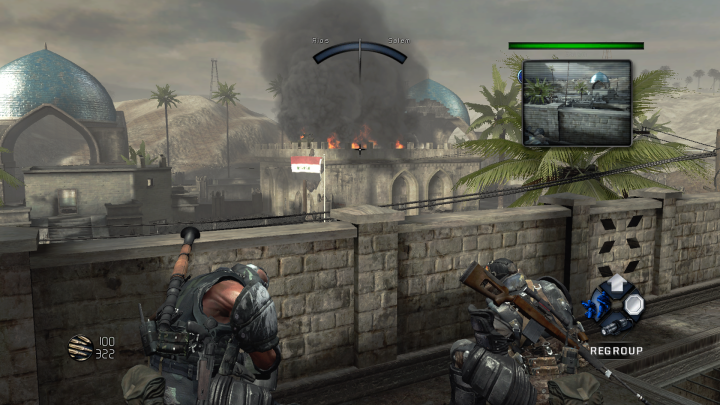 But this is all just part of it you say. You are right. The game is not meant just to be a shooter, but a co-op shooter. Everything about it is designed to work with pairs. The problem being if something isn’t good solo it doesn’t matter that you have a buddy with the same less than stellar features. Cover is still bad, and weapons still need work, only now you have a few extra features that haven’t been fully fleshed out. There is an aggro meter, which in theory is great, in practice is meh. One person can aggro enemies so the other can sneak behind. If someone’s meter is full, the other character shouldn’t be targeted, and this is required for a number of enemies. It works a bit if you have someone else to play with and not at all if you are playing with AI. There is also co-op snipe which is put throughout the game a few times, again cool in theory. You both snipe together to take out one tough target or two at the same time. What it actually does is limit you to not using your special weapons freely, especially as ammo for them is almost never dropped, and there are story critical co-op snipes. The game will actively punish you for choosing to use one of three weapon types the way you want, brilliant.

Beyond that, there is not much to say about the co-op nature of the game. You can high five your buddy, get over high walls, one drive and one shoot at parts. The co-op isn’t bad, it just isn’t special. The few features that could make the game unique either don’t work as they should, or aren’t all that great, to begin with. Since the standard shooter fare that is there once again, doesn’t work or isn’t unique, you are left with basically nothing. 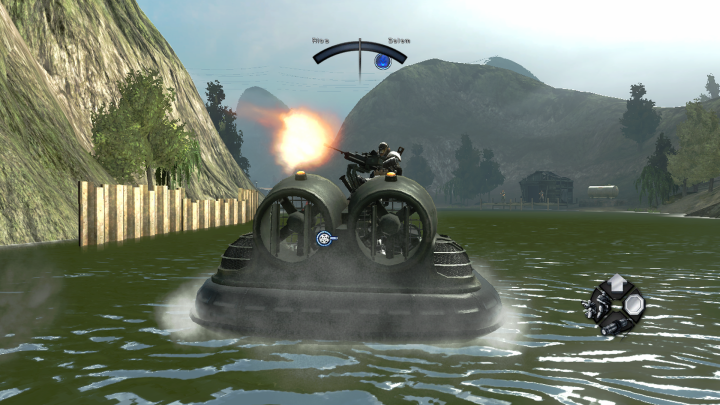 It’s not that Army of Two is terrible, it’s just not good. So much of the game doesn’t work right, and everything that does is average. If you have a friend, it might not be the worst experience, but there are much better games. From what I have heard the sequels are much improved.

Whereas there are times when I write these “playing through my early years” pieces nostalgia comes along and makes it impossible for me to speak ill of a game, Army of Two’s age came along and made it pretty damn hard for me to enjoy it. I know that there are much better co-op shooters on the market, and I know that some of them came out within a certain amount of time of this game. I do remember fun in playing Army of Two, but I was unable to replicate that feeling.

I haven’t played any of the sequels, but the idea that they are better does, in fact, seem to be universal. Given that, I would say skip this game. If you enjoyed it don’t go back to it, instead keep your fond memories alive. If you never played it and are curious, you might want to reconsider.